Sky is not the limit: HMA grad Torres working for Space Force 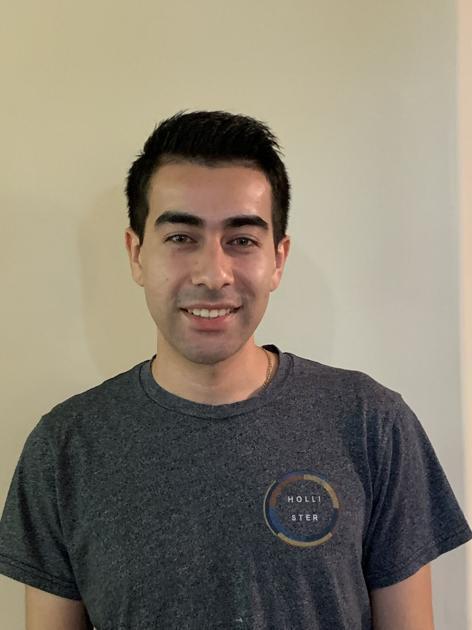 Torres, a 2015 graduate of Harmony Magnet Academy, has recently accepted a position with the United States Space Force at the Los Angeles Air Force Base.

For Adrian Joseph Torres, the sky isn't the limit.

Torres, a 2015 graduate of Harmony Magnet Academy, has recently accepted a position with the United States Space Force at the Los Angeles Air Force Base. The U.S. Space Force works within the space domain, launching rockets, keeping satellites safe and operational, and developing technology to defend life on Earth through space.

And it all began at the HMA Engineering Academy in Strathmore.

“Harmony Magnet Academy really opened up the field to me,” Torres said. “Prior to that, I never knew anything about it. I went there because I thought it was a cool academy to go to.”

Once there, Torres said, he was exposed to various engineering fields. Torres said he thought he might be interested in civil engineering but once he got to aerospace engineering — he was hooked.

“He is an amazing person,” said Juana Gray, retired guidance technician at HMA. “He was determined to be an engineer. He was always driven, always focused. I'm very proud of him.”

Though he was involved in sports, playing football, baseball and soccer in high school, his focus was always on his studies and he carried a 4.0 grade point average for the majority of his time at HMA.

“I knew he would accomplish his goal,” Gray said. “He knew what he wanted and went after it. And we see this now. He's an aerospace engineer.”

The family, parents Alfredo and Sylvia Torres and siblings Genesis and Andrew, are also proud of him.

“He has been an exemplary role model not only to his family but to all his friends,” Sylvia Torres said. “Adrian is strong willed and very determined when he sets his mind to getting things accomplished. As the middle child in the home, he has always been independent and mature and loved school and his teachers.”

During his time there, he joined MEP — Maximizing Engineering Potential — Club where he made some great friends. They all helped each other, he said, studying and working on projects.

He also joined AIAA, American Institute of Aeronautics and Astronautics where he enjoyed listening to guest speakers and obtaining information about the industry; and UMBRA — Undergraduate Missiles, Ballistics, and Rocketry where the student built rockets, complete with rovers on top with sensors and cameras that measured temperatures and humidity, and provided video, among other tasks.

“My senior year we built it and launched it off at the FAR (Friends of Amateur Rocketry) launch site in the Mojave Desert,” he said. “Our rocket club ended up winning first place at the FAR competition.”

The main objective was to reach as close to 30,000 feet in altitude.

But in October of 2019, Torres and several of his friends, including some from the MEP he belonged to, decided to attend a Government Career Fair on campus.

It was one of the best decisions he ever made.

“They've had large career fairs in the past but this was the first government one,” he said. “It was really small and was held in a small room.”

Still, he took several resumes and started exploring booths. The one he wanted — Edwards AFB — was extremely busy and had a long line.

“I didn't want to spend the entire time in line so I kept browsing,” he said.

And that's when he stumbled upon a small SMC booth — Space and Missile System Center.

“I talked to the representative and gave him my resume,” Torres said.

A week later Torres said he was in the library with his friends when he saw a random phone number calling him. But knowing he had submitted resumes, he decided he better take it.

“I went outside to talk. He said he was impressed with my resume and offered me an internship position,” Torres said. “I was really happy and I went back in and my friends were really happy for me.”

Daniel Castaneda, a friend also in the MEP Club, said he was happy but surprised.

“I was surprised because career center fairs are usually to make contacts,” he said. “I was extremely proud of him because he was always talking about wanting to work with satellites.”

The program was to be with an approximate 10 people and set to start Summer 2020.

When COVID19 hit in 2020, the summer program was changed to run as an online program. Torres said he was still thrilled about it and as a result met people from around the nation.

“I met a lot of new people I would not have met otherwise,” he said. “We started with the eight from (the Los Angeles) Air Force base and eventually went to 250 people from the entire country.”

Torres said he met professionals from around the country via the online program. The speakers from all departments within the Air Force bases talked about what they did and why they liked it.

He also worked on several projects during the three-month paid internship.

His final project involved creating a faux scenario on the base of Mars with an eruptive volcano.

“We (team) were tasked of figuring out the logistics of moving people to a safe location,” he said. “We had finance, logistics, electricians, etc. there and I was an engineer there.”

The team was large, he said, and because it was an online program, nine or 10 of them were from different time zones. Still, they managed to meet online to work on the project.

After the internship, supervisors monitored his performances to decide who would be offered a job.

Torres was one of them.

“It was a definite 'Yes'. I'm so happy. It was my first internship and already I am set. I start August 1 as a general engineer, but first I have to pass a security clearance,” he said. “I will be looking over contracts for rocket launches and will oversee whose is best and most efficient for the satellites — GPS and Spy satellites — they are contracting.”

The job will be in a building at the Los Angeles Air Force Base in El Segundo near Los Angeles International Airport.

“Alfredo and I are extremely proud of Adrian. He always told us he wanted to make us proud one day by becoming a professional and he truly has,” Sylvia Torres said. “He tells me, 'Mom, I want to hold a high position with Space X, NASA, Boeing, etc. and I believe he's not done just yet.”